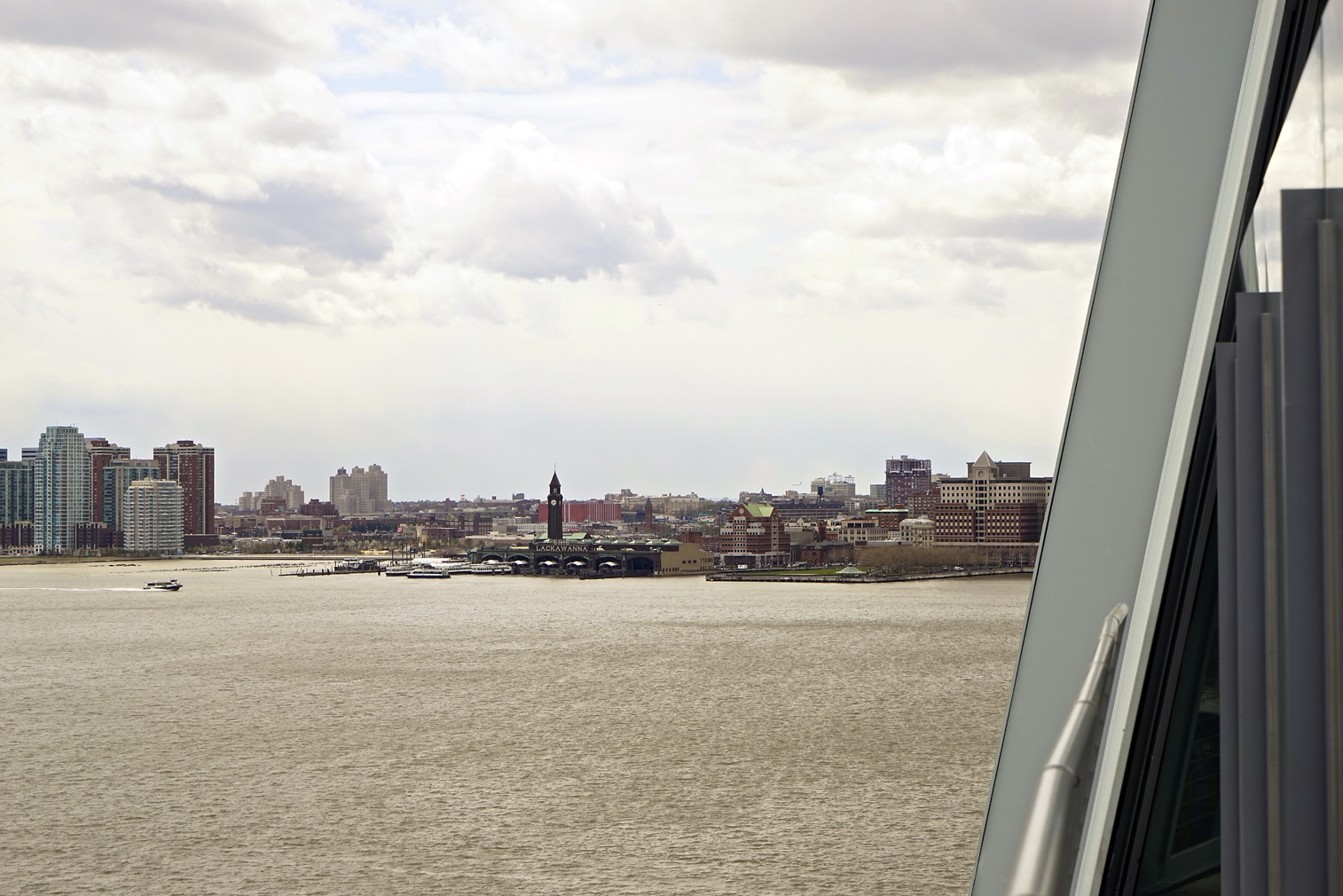 How to Photograph Some Living History on the Hudson River

Yesterday’s post about the upcoming Hudson River voyage of the Lehigh Valley No. 79 focused on the three former terminal warehouses in view of the High Line: the Baltimore & Ohio’s; the Starrett Lehigh building; and the Terminal and Central Stores complex. But there are several monuments on the river itself that will make fantastic perches for shooting the floating museum as it heads north. First: Pier 66, at 24th Street. Originally built for the Delaware, Lackawanna and Western Railroad — later known as the Erie Lackawanna — this float bridge is now home to two historic boats: the John J. Harvey and the Frying Pan. As part of the preservation effort of this Lighterage Era structure the railroad tracks that once connected the barge to the Starrett Lehigh warehouse across today’s West Side Highway are still there, and you can ride a bike across them. You can also grab a beer and burger at the Bar & Grill while you wait for the Lehigh Valley No. 79 to pass by. 69th Street Transfer Bridge with Clearwater Sloop in the background

Or: head a bit farther uptown and you’ll find the gorgeous, brooding remains of the 69th Street Transfer Bridge, once used by the New York Central Railroad to transfer railroad cars that had floated across the river from Weehawken, NJ.

For the ideal shot, position yourself on the river’s edge and point your camera so you can capture both the Lehigh Valley No. 79 and the infrastructure of the float bridge as the barge passes by. This way you can get a bit of living history in motion. The day I shot the photo above I was lucky to capture Pete Seeger’s Clearwater Sloop as it tacked across the river just a bit north of the transfer bridge.

For more information about the lighterage system read this excellent short history that includes reminiscences from the men who captained and worked on the tug barges.

History Sailing By the High Line One of the great monuments in view of the High Line is the Starrett-Lehigh Building, a behemoth that straddles the superblock between 26th and 27th Streets on Eleventh Avenue. Look at it for more than a minute anytime, day or night, and you’ll most likely see a light flashing in one of the eight miles of windows that circles this enormous building. That’s because it’s filled with design, magazine, new media and advertising firms, and many of its offices double as photo studios.

But in 1931 this 2.2 million square foot building served a very different purpose: it was a terminal warehouse for the Lehigh Valley Railroad, built with funds from the Starrett Investment Corporation. It played a vital role in the Lighterage Era, a time before bridges and tunnels enabled food and commercial goods to be swiftly transferred across the Hudson River. The workhorses of that era were the railroad barges, giant floating platforms that could carry as many as a dozen boxcars from terminals in New Jersey to warehouses in Manhattan. Known as “lighters” or car floats, they were a fixture of the Hudson River landscape for decades. In the 1930s, National Geographic reported that as many as 5,000 barges crossed the Hudson every day. Phillip Lopate, in his excellent book Waterfront, observed that “In their heyday, the barges were almost as synonymous with New York’s iconography as its skyscrapers.”

But not every barge carried actual boxcars; a significant number of vessels in the lighterage system were constructed of wood and ferried “less than carload lots” of perishable goods like coffee, flour, rice, sugar, and spices in their protected spaces. Goods were brought on board by longshoremen at a railroad terminal or were transferred on the water from a ship. These tug-powered barges were the only link between ships and railways, allowing cargo that had traveled across oceans to be offloaded and transferred to a railroad terminal like the one built for the Lehigh Valley Railroad on the Far West Side of Manhattan. Once inside, the goods could be stored, re-packed and re-shipped to their final destination.

In the days before trucks hit the newly built Interstate Highway System and airplanes took to the skies, the lighterage system was a vital part of America’s commercial transportation network. It was how stuff got from one place to another.

Later this month millions of us, from the Hudson River’s southern gateway all the way north past Albany, will have the chance to witness a rare and exciting event as the 101-year old Lehigh Valley No. 79, the only surviving all-wooden unit from the Lighterage Era, makes a 35-hour voyage up the river to a dry dock in Waterford, New York. Visitors on the High Line will have the opportunity to watch a very particular bit of history in action as the barge passes three former railroad warehouses located between 26th – 28th Streets: the Baltimore & Ohio (now the site of Bedrock Mini Storage at 241 11th Avenue); the Starrett-Lehigh and the Terminal & Central Stores complex (home to shops, art galleries, and a furniture company). [Note: click on the first image in this post to enlarge it and see all three.] Today the barge is the Waterfront Museum, founded in 1986 and dedicated to promoting an understanding of New York’s maritime history and the ecological importance of the Hudson River estuary. It’s also the home of David Sharps, a former cruise ship entertainer who rescued the barge from the place where it lay grounded in New Jersey, cleared 300 tons of mud that had settled in the hold, and restored it to seaworthy condition. He raised his two daughters on the barge and still lives there at Pier 44 in Red Hook, Brooklyn.

Sometime in the next week the Lehigh Valley No. 79 will depart Red Hook and begin its voyage north. There are countless spots on both sides of the Hudson River, from Brooklyn to Waterford, where you can watch this marvelous historic barge pass by. The actual date will be announced soon, but for now there’s a 7-day window, beginning June 23rd. Follow @museumbarge on Twitter or the official Facebook page for details about timing and location. Folks traveling on the barge will Tweet constant updates so you can position yourself on a bridge, at a park, on a mountaintop, or anywhere along the river to take your photo and share it with the world.

The Lehigh Valley N0. 79 has made only three trips up the Hudson River. This summer’s passage was mandated by the U.S. Coast Guard, which ordered the vessel to be dry-docked and inspected after Hurricane Sandy. Any necessary repairs will be made in Waterford and then the barge will return to its home in Brooklyn. It’s an expensive project, and the Museum is gratefully accepting donations; go here if you’d like to contribute. I just donated $79 in honor of the official number the barge was assigned by the Lehigh Valley Railroad when it rolled off the Perth Amboy Dry Dock in 1914 and assumed its role in the vibrant marriage of river and rail that constituted the Lighterage Era.

For more information about the Waterfront Museum and Lehigh Valley No. 79, visit the official website here, or download the National Register of Historic Registration form [PDF] which includes architectural details about the barge and history of the Lighterage Era.